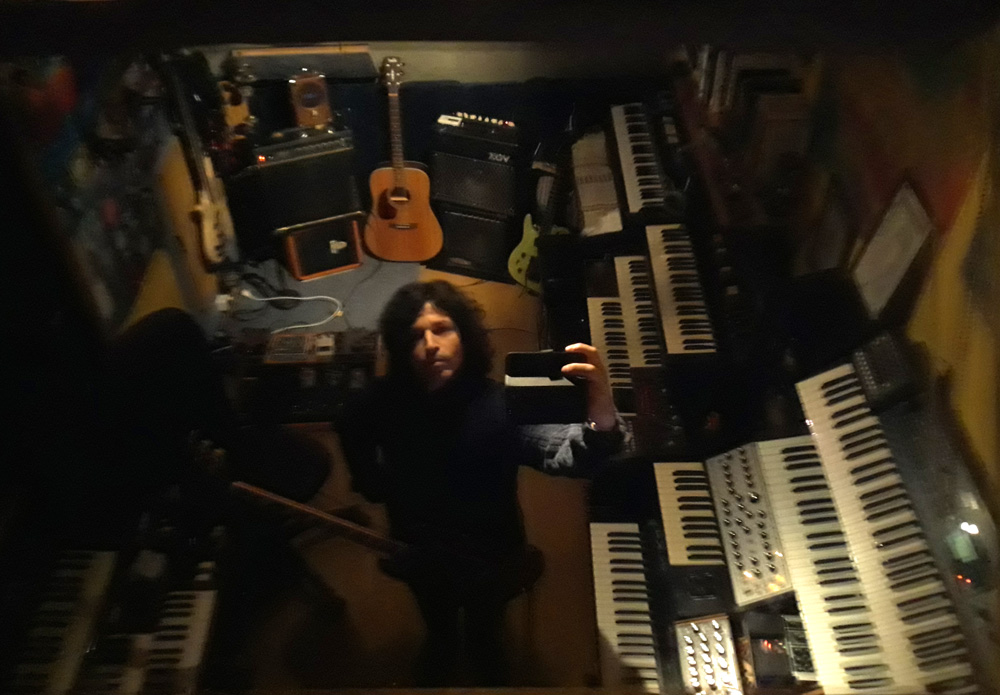 The new album ‘Deeper Ground’ is almost ready. It is something different. All eight songs were composed on polysynths, messing around with chord progressions. It was a very interesting process seeing the songs develop. The main idea was to create lush synthesizer-pop kind of songs, with only synths, Linn drum samples and some vocals. No guitars and organs. This principle I kept. Ofcourse the songs themselves pushed me into a different direction.

So what we have now is five tracks with vocals and three instrumental tracks. I used to avoid a lot of chord changes because I like modal scale, so that’s new. The drum sound also makes it different. Apart from Astral Son I haven’t done much singing in productions. I used my voice as an additional melodic sound, with meaning ofcourse. Since I love analogue sound the album is packed with it. I’d say it is very warm and melodic as well.

At the moment I am happy with the album. I think it is one of the best things I’ve done. I’ve dedicated my composing and production skills to the making of an album that has the potential to attract a wider audience that normally would’t listen to electronic music. Only thing is that I’m confused and don’t know yet how to release because it isn’t instrumental electronic or psychedelic. So it will probably be next year!